AUTORENT has been operating at Belgrade Airport since 2003. Clients who land at Belgrade Airport, immediately after leaving the customs, see the Autorent branch on the left. Our doors are always wide open to passengers and visitors of Belgrade Airport. Autorent at Belgrade Airport has working hours from 7 am to 10 pm every day of the week, but our valued clients with a confirmed reservation, we wait also outside working hours. If our clients need additional services at Belgrade Airport, we are here to provide assistance as a concierge service - to book accommodation or a good restaurant, to rent an office, to make a transfer with our driver, to receive and deliver a shipment for relatives and friends, to store luggage, to organize sightseeing in Belgrade with a tourist guide, to organize excursions, and everything that the client needs in addition to rent a car service during their stay in Belgrade and Serbia.

Autorent is fantastically positioned with its branch office at Belgrade Airport, which, unlike other car rental agencies, is not a counter but a modern walkin office with a counter and seating area for our valued clients, where they can rest and wait for the preparation of documentation for car rental.

Belgrade got its first airport in 1910 and was located in Banjica, on the site where the Military Medical Academy (MMA) is located today. Later, Belgrade Airport was moved to the location of today's New Belgrade, more precisely to the site of today's Airport City business complex. In the years before the Second World War, in 1939 and 1940, 14 airplanes took off and landed daily from Belgrade Airport with international airlines, with several hundred passengers. It is interesting that at that time, Belgrade Airport was one of the largest airports in Europe. Fighter airplanes that defended the sky over Serbia in April 1941 took off from the Belgrade Airport, called the "Old Airport" after the war, to meet the German aggressors. 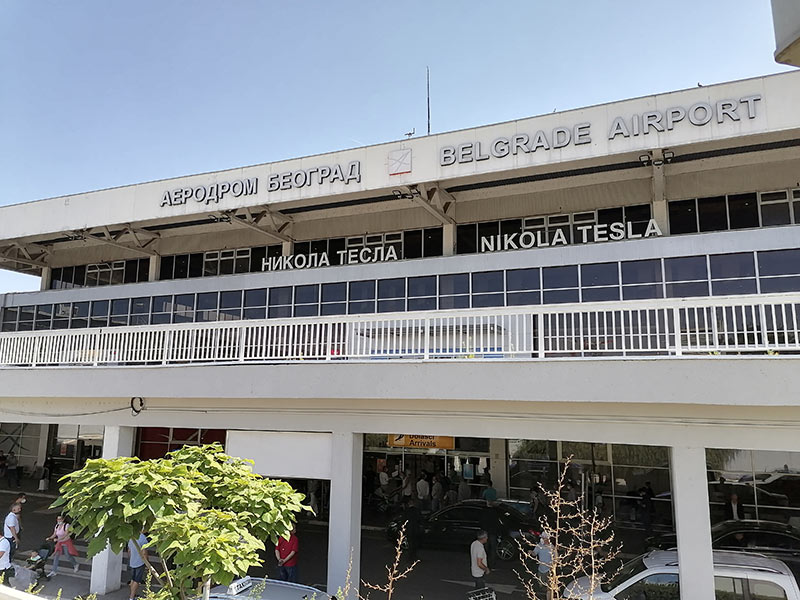 From 1941-1944, Belgrade Airport was used by the German occupiers, who blew up the airport building during the withdrawal. After the Second World War, it was necessary to build a new airport. At today's location in Surcin, 18 km from the center of Belgrade, in 1962, Belgrade Airport was rebuilt, which had one runway 3000 meters long. In the following years, Belgrade Airport was upgraded and in November 2008 it changed its name to Belgrade "Nikola Tesla" Airport.